It’s September, and I feel as though the past six months or so have gone by in a manner of minutes and dragged painfully all the same. There’s been a lot of tears, a lot of days and nights that have felt never-ending, and a lot of learning how strong I am. I couldn’t possibly find the most appropriate way to sum up how intense things have been, but the word I’m clinging to and have grown quite fond of is ‘chaos.’

My life has been pretty chaotic, it seems quite tame to say that things have been a little stressful. There’s been a lot going on, and a lot of stuff that I’ve had to work my way through despite wanting to hide from everything. I had some difficult physical health concerns that have dominated the past six months; health concerns which really forced me to dig deep and fight a lot of emotions and fears. And, despite it being a horrendous, stressful journey I think I’ve learnt a lot from it.

There’s been huge, difficult, changes in terms of my working world, in addition to a lot of things both professionally and personally coming to an end. I’ve constantly felt as if I’ve been up against the clock, and it’s been incredibly challenging. It’s been a case of there’s been a million and one things to do, each demanding as much attention, each as important, and each offering a new variation of stress.

There’s a certain type of inner-strength that I think we can access when we are faced with difficult, potentially life-changing situations. For me I think I’ve always tried to be strong, but I’ve also learnt that I can’t carry it all by myself.  And the past few months have provided me with two pretty big situations – one being my physical health and the other being the changes to my working world.

I had to do-away with the fear of burdening those closest to me. It’s a difficult thing at times, talking to those around you as you worry they won’t understand, or they’ll get bored, or stressed by you. But I’m surrounded by some brilliant people, who are always willing to make tea (or gin), and who I am so thankful for. I’ve still not mastered the skill of articulating exactly what’s going on in my mind, but I’ve learnt that despite how much I try to convince myself otherwise there are people who are willing to listen, and people who can help me view things from a different perspective. Yes, there are times that I keep things to myself as I can see my friends are stressed too, but we lean on each other – sometimes I wonder if I’m ‘leaning’ too much, and other times I wish they could just read what’s going on in my mind.

It’s funny, I’ve learnt that some of the things I don’t feel I can cope with the people around me always have a different perspective – at times I’m reluctant to hear it, but I’m grateful they’re there supporting me and encouraging me.

A little bit of chaos is alright I reckon. It forces you to reflect on things, to evaluate and re-evaluate things, to lay everything out and figure out how you are going to deal with things. A little bit of chaos can help you grow as a person, and it might suck, you might hate every minute of it, you might question why on earth you was ‘given this life,’ why you? You might ruminate a lot, you might think that things are impossible but what I’ve realised is that you can’t just ‘freeze’ things, and you can’t always decide what situations are thrown your way, but one way or another you’ll make it through. You do your best, and even if doing your best is crying on your bedroom floor and trying to figure out how on earth you are going to make it through then that’s alright – you’re still moving forward.

There’s been a number of times where I didn’t want to attend appointments, I didn’t want to go to meetings, I didn’t want to get up and face things. And there’s definitely been times where it’s taken me longer to function, where I feel as though I’ve crumbled under the pressure. But I’ve not crumbled, I’m still here, things are still stressful, I’ve cried a lot, I’ve had sleepless nights, I’ve had days where I’ve slept too much, I’ve had endless appetite, and no appetite, I’ve successfully managed to go the gym and not fall on the running machine, and I’ve had days where the only exercise I’ve had is walking to the kettle and making tea. It’s been messy, it’s been stressful, it’s been chaotic, but I’ve figured a lot of things out, and as cheesy as it sounds, I feel like it’s been an incredibly important six months for me in terms of getting to know myself and how strong I am. 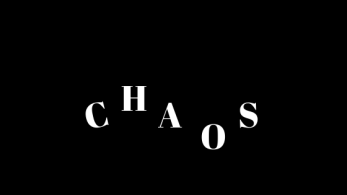