Being strong is the only choice I have right now.

I’ve said this before, and I’ve tried to explain it many times – there are many different types of strength. And I’ve said before that for me there is strength in silence, I find strength in opening up to people that make me feel safe and staying silent to others (even though I know they care about me!)

However, currently ‘being strong’ means plodding along daily, and trying my hardest to not become completely overwhelmed. Things were on the up (even though things have been pretty dark lately) and suddenly… plot twist… the almost-promise of further support, and a new path toward figuring out my head/trying to tackle things through new forms of therapy seems to have been stripped away from me fairly quickly. I’m being dramatic here but it feels as though I was given a glimpse of services and treatment that seemed like a blessing – yet now I’m being told that due to funding cuts and other stuff that I may not be able to access this.

When you’ve worked yourself up and readied yourself for the ‘crowning battle’ to then be told there’s a possibility that this may not happen is pretty defeating. The fear that I will forever be trapped by my own mind is terrifying, the fear that things will stay the same is pretty terrifying. I have awesome friends, an awesome support team at university and an ace GP – which is why I allowed myself to get my hopes up with the possibility of new treatment (especially after the gut-wrenching guilt of being referred.)

All the professionals I’ve met with at this new centre have all been ridiculously lovely and comforting – which makes it harder to accept that I may not be able to get the support I need. Also, I feel guilty as if I’d had the guts a year ago to tackles these demons then I wouldn’t be in this position – however, here I’m being unfair to myself – over the last year I’ve had two counsellors, and it’s undeniable that I needed counselling to tackle the stuff on the surface first. It just sucks that there is a lack of funding for mental health services in the UK – I’m being trapped by my own mind, and it’s horrifying. I need an escape route – I was almost offered one, but now I have to stay strong to ensure I don’t fall victim to those terrifying thoughts of that other escape route… 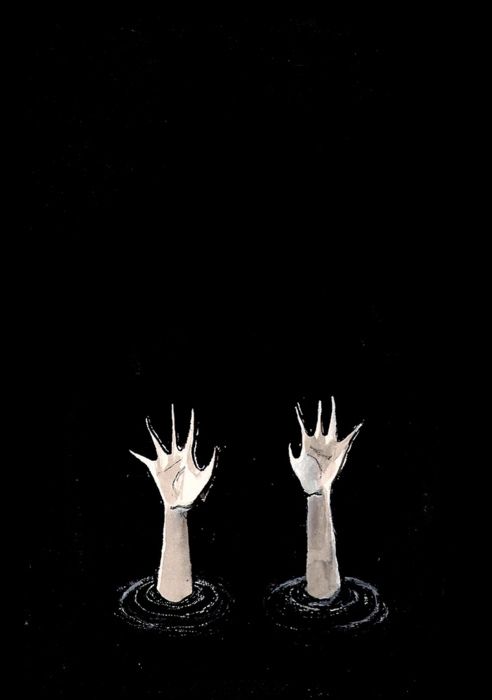