Is it acceptable to blog about my cat? (P.S: this post is mental health related I promise)

I’m not very well (typical autumn cold type stuff – which knocks every ounce of energy out of ya). I’m very busy at the moment – I’m not complaining, I love where I work, and I love everything else that I do, but I’m just very busy! I’m having a few weeks where everything overlaps… starting a new job, settling in with therapy, starting new plans and strategies in terms of my health, and finishing up some studying, so I am, admittedly, feeling a little run down.

I’m still mega proud of myself though, I’ve achieved a lot considering this time last week I couldn’t even bring myself to get out of bed and leave the house. I had a day where my mental health really did become very controlling and overwhelming and, if you’re familiar with them days, you’ll know it takes a while to try and get back on track with things.

I found it very hard being around people who I usually spend a lot of time with, because I felt they wouldn’t understand, and I did find myself feeling ashamed of struggling, of being at the mercy of my mental health. (That sounds really dramatic, but it’s true).

That particular day I found it quite difficult applying myself to academic work, when all I really wanted to do was celebrate the success of actually getting out of my house. (Hibernating would’ve been my first choice).

I encountered a few people telling me just to “get things done, to get on and do it,” which – although it is definitely the wrong thing to say to someone, at the same time these people know me very well, and normally they don’t have to push me to do things. They could see I was struggling and they were gently trying to nudge me in the right direction. What I’ve learnt over the past few years is that people interpret things in their own ways; mental illness is still misunderstood and I don’t take it to heart when I can see someone is trying to help me, but they don’t know quite how to tackle the matter. They don’t want to step on my toes, or say anything they think might be offensive so they say stuff like “just do it” or “once it’s done then you can rest.” Now I know when people say stuff like this to me they are actually trying to guide me, to advise me and to help me, I know they don’t mean it maliciously, and I feel 100% comfortable calling them out if they did offend me. I’m a very open person, those who I work with know how I work, I’m quite talkative, active and willing to lend a helping hand, so I know that they are only trying to do the same to me.

There is nothing wrong with that. Yes I wish that universally people were more educated when it comes to trying to talk and support someone with mental illness, but at the same time there are so many “what not to do’s” and so many “this is offensive,” “you shouldn’t say this” or “NEVER talk about this” kind of stuff that it can get a little blurry, at at times it is best just to go with our instincts. I can tell when someone is being rude, or truly stigmatizing and discriminating, and I can tell when those closest to me are trying to push me with the best intentions, and I choose to acknowledge that they don’t mean any harm. Heck, I am grateful that they are there for me and trying to support me.

Anyway… Initially when I started this blog post I was just gunna post pictures of my cat (my little monster) simply because I felt like crap, and all I wanted to do was sleep… but apparently I had a lot of stuff to get off my chest ha! I also wanted to be ironic because I’ve spent a lot of time studying academic research on blogs and Internet usage today and I came across a few journals that said bloggers usually post personal-focused stuff such as pictures of their cat…

His name is Smokey, and he is my little munchkin. 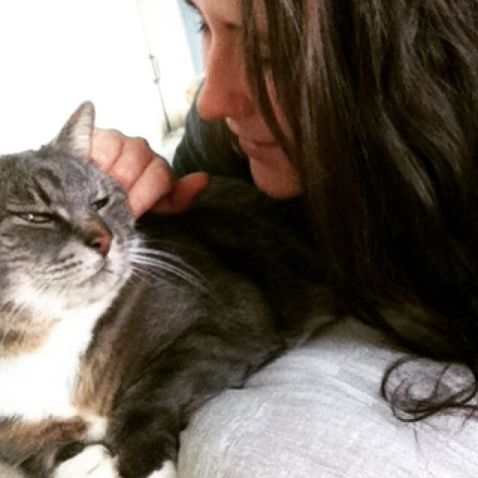 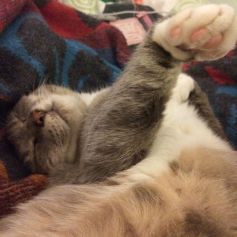 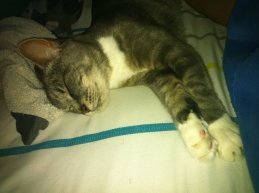 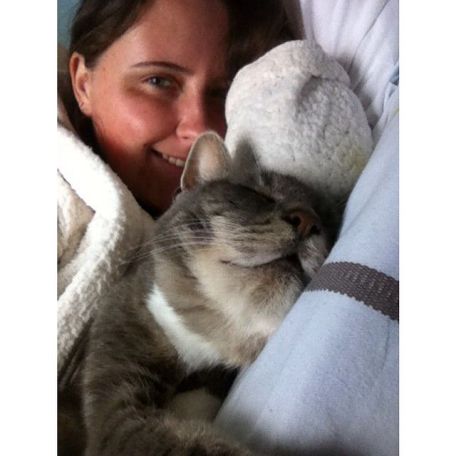 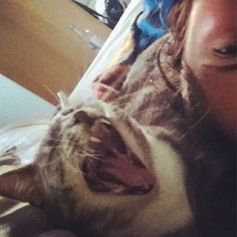